Executive Stress: We Have Been on the Case 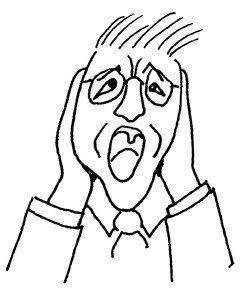 I venture to claim that there is almost no topic of board governance and leadership that Directors & Boards has failed to address in its 35-year history.

A dip into the Directors & Boards archives — circa 1977, a year after the journal was founded — turns up this article: “Beyond Executive Stress: Board Responsibility for CEO Mental Health,” written by Patricia Aburdene. (Ms. Aburdene went on to co-author the huge bestselling Megatrends series of books, and is now out with Megatrends 2010.)

A pertinent passage that certainly speaks to what just unfolded in Pfizer's boardroom:

A CEO under stress can make a disastrous decision before his condition has deteriorated to the point of breakdown. A tangle of family and marital problems might not affect a chief executive’s performance one iota. But if the business is going downhill too, it could become too much. A strong and competent corporate head is, after all, only human. Says Dr. Gertler of New York’s Stresscontrol Center, “It’s up to the board to keep track of how much stress the CEO is under at any given time” — and how much the CEO is capable of withstanding.

Corporate executives are no more prone to mental problems than any other group and perhaps less so. But because the adverse consequences of mental problems are multiplied by the level in the organization the executive has attained, it is always a cause for concern whenever it occurs among senior management.

At the shop level, it’s hundreds of dollars lost; at the department level, thousands; at the divisional level, millions; and at the corporate level, tens or even hundreds of millions.

The Pfizer board is taking heat now for this sudden succession issue. Did the board wait to long to force the matter? Should the board have separated out the chairman and CEO roles before this to ease the load on their CEO? Such questions naturally arise.

But this incident raises awareness of a little-commented upon role of the board — to monitor the CEO's tolerance for stress and to take action when warranted.

Even in its earliest days Directors & Boards was making this case. But you don't have to be such a longtime reader of the journal to know that we are specialists in pointing boards to the high ground of enlightened engagement with their managements and shareholders.

Posted by James Kristie at 7:27 AM