A Board Entry for Black History Month 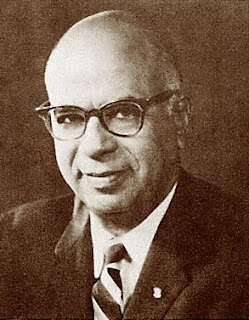 In thinking about February being Black History Month, I submit a governance-related milestone that is worthy of note — the first black director elected to a major company board. His name is Asa Spaulding (pictured). He was the head of the largest black-owned insurance company at the time when, in 1965, he joined the board of retailer W.T. Grant Co., a fact that did not get recorded in this detailed biography of this accomplished businessman.
I nailed down this board "first" while doing research for a history of corporate governance special-themed issue that I published in 1997.
What Black History Month will not be celebrating are the stats on the number of African American directors sitting on corporate boards.
According to the 2009 report from the Executive Leadership Council, African Americans have lost ground on Fortune 500 boards and remain "seriously underrepresented." The number of board seats held by African Americans has declined since the Council's inaugural board report in 2004:
• The percentage of African Americans on corporate boards decreased from 8.1% in 2004 to 7.4% in 2008.
• Four years ago, African Americans held 449 corporate board seats and, as of the report's release last July, hold 413 seats.
With the SEC's new push starting later this month for fuller disclosure of a corporation's board diversity policies, greater attention may be directed at this underrepresentation — and initiatives may get underway to address such stats that are so out of whack with the executive population and the leadership pool available for board service.
Perhaps Black History Month next year will have a bit more to celebrate on the corporate governance front.
Posted by James Kristie at 1:33 PM