Three Years in the Valley 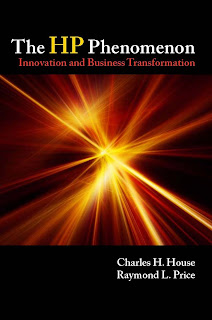 On the day when the news is breaking that Mark Hurd will be joining Oracle as co-president, here is an interesting passage that I have just come across from the new book, "The HP Phenomenon" by Charles H. House and Raymond L. Price (Stanford University Press). Presented without further comment about the idiosyncratic and sometimes unfathomable C-suite personnel moves in the tech sector:

Three years is a long time in the Valley and in the high-tech world. It was, for example, only three years from the acme years of both John Young and Lew Platt that the HP board ended their careers. John Akers retired in disgrace from IBM three years after its high point in revenues under his leadership. DEC’s best two revenue and profitability years ever were in 1987 and 1988; Ken Olsen was fired three-and-a-half years later after winning international accolades for the 1987-1988 comeback. Ed McCracken at Silicon Graphics delivered 52% growth and 10% net profits — bests on both scores — as SGI attained $2 billion in 1994; three years later, he was fired. Rod Canion had many great Compaq years — 1989 saw 40% growth to $2.8 billion, two years before he was cast away when Compaq lost its way. Successor Eckhard Pfeiffer in 1997 delivered 30% growth in revenue (to $31 billion) and the highest profit on record (7.7%); 15 months later chairman Ben Rosen removed him. No CEO escapes the question, “What have you done for me lately?”

Actually I do have one add-on comment: Perhaps no shareholder escapes the question, "What in tarnation is the board thinking . . . both in its firing — and hiring?"
Posted by James Kristie at 8:54 AM