He Called It: No Welshing Allowed 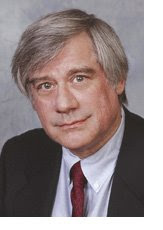 For any board member or otherwise interested party who was wondering how the Dow Chemical-Rohm & Haas dispute was going to turn out — perhaps even better, speculating with hard cash on the deal going through — a subscription to Directors & Boards would have had you "seeing around corners" on the outcome ... and maybe made you some money.
In our current issue, on the street in January, lead columnist Hoffer Kaback (pictured) analyzed the intricacies behind two instances of buyer's remorse. The first was Hexion Chemical's backing away from its agreement last fall to acquire Huntsman Chemical. The second was a trip down M&A memory lane. He revisited an "infamous deal," as he called it, from the early 1980s — the offer by Gulf Oil to acquire Cities Service Co.
"Ignore that the merger agreements in Gulf/Cities Service and Hexion/Huntsman were not identical," he writes. "The essential dynamic was the same: overpayment; buyer's remorse; and the attempt by the on-the-hook buyer to bootstrap itself off the hook — in a word, to welsh."
His column cast a scant eye on buyers trying to evade their obligations. This passage may have been all you needed to read to discern how Dow-Rohm was going to go down:
"To observe that it is tough in Delaware to get out of a merger agreement under a 'material adverse change' clause is an understatement. It has never happened."
The record stays intact. Dow Chemical reached an agreement earlier this week — virtually on the Delaware Chancery Court's steps — to seal the deal. It's an ugly deal for Dow. This critique in today's Wall Street Journal is particularly sobering if you're on Dow's side of the term sheet.
Kaback, president of investment firm Gloucester Capital Corp., is an arb who cut his teeth in the deals frenzy of the 1980s. Importantly, he is trained in the law — a Harvard Law School grad who began his career with a major New York law firm. Armed thusly, he can read the Delaware Law rulings on transaction disputes — and the nuances of those rulings — with the best of the best deal makers and legal scholars. He has been lead columnist for Directors & Boards since 1997.
An example of great value-added for our readers. If you haven't seen Kaback's column, leave a comment on this blog item or shoot me an email at jkristie@directorsandboards.com and I'll share a copy with you.
Posted by James Kristie at 8:41 AM