Director's Mantra: 'Another Day in Which to Excel' 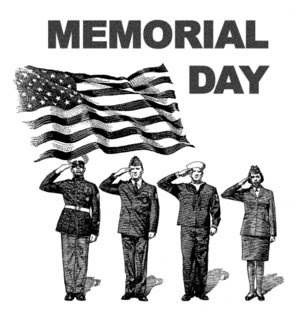 I did something very out of my comfort zone today — I marched as a military veteran in a Memorial Day parade.
I'm rarely in a position to be so public about my military service. Vietnam-era vets, after all, are used to not much fuss being made about them or their service to Uncle Sam. But when my local Congressman, Joe Sestak, put the word out for a group of vets to march with him today, I answered the call. (Now in his second term in Congress, this popular and much-admired public servant spent 31 years in the U.S. Navy, rising to the rank of three-star Admiral.)
I initially answered the call back in 1968. Just out of high school, with the Vietnam War going hot and heavy, I enlisted in the Navy. I'm proud to have served my nation in a time of trouble. It's as simple as that, and I generally leave it at that. But stimulated by a holiday like Memorial Day and an experience like my march today as a veteran, I'll share one of my favorite memories — one that has had a formative influence on my life.
The year was 1972, near the end of my four-year hitch. I was attached to a NATO facility in Naples, Italy. With my discharge imminent, my thoughts turned frequently to what my next step might be. I was in one of these contemplative states early one morning when something strange happened.
I entered the elevator of the base headquarters building. Following me into the elevator was a senior officer, a naval commander, chest splashed with ribbons and medals. A distinguished-looking leader.
After a year of riding this elevator every day, and it being a close-knit community of U.S. naval personnel working in the building, I generally recognized the officers here. But he was a complete stranger. Elevator etiquette being not particularly conducive to striking up conversation between strangers — especially between an enlisted man like me and a high-ranking officer — I gave the obligatory yet friendly salute and settled into what I expected to be a silent ride up.
Little was I prepared for what happened next. The elevator doors closed and we began our ascent. Seconds passed, and he then turned to me. He looked me straight in the eye and said, "Another day in which to excel." With that, the doors opened, he stepped out, the doors closed behind him ... and he was never to be seen again.
A random encounter? Probably. Something of a more mystical nature that may have just transpired? Intriguing to ponder. Whatever the nature of that chance meeting many years ago, it gave me my life's mantra — every day, when I walk into my office, I step to the window, look out to the sky and skyline of the city, and say to myself, "Another day in which to excel."
In his Memorial Day address, Congressman Sestak said, "As every sailor knows, there is inevitably a storm at sea." That's something every board member learns too. I've often thought how great it would be for our corporate governance system if every director entered a board meeting heeding the mantra, "Another day in which to excel." There might well be fewer storms to navigate ... and far fewer queasy shareholders!
Posted by James Kristie at 3:09 PM