A Director as CEO Successor 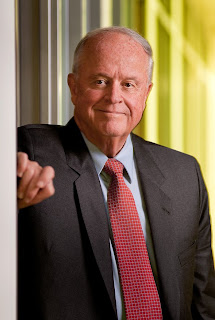 On June 3 major regional bank Wilmington Trust Corp. announced that Chairman and CEO Ted Cecala was retiring. He is giving up the CEO post immediately and will remain chairman until July 19. Board member Donald Foley, an independent director who was a senior executive with ITT Corp., was named CEO. The change at the top took the market by surprise, and investors did not react well.
This is the latest example of something that we see with some frequency in CEO succession — a board turning to one of its own to fill a sudden vacancy. Such incidents always raise an important question: Should there be, as a rule, on a board of 10 or 12 people at least one or two directors able to step in as CEO in the event of an emergency?
We raised this question in a classic advisory published in Directors & Boards in 1996, following of rash of cases of boards yanking one of their own to plug a succession vacuum — which, come to think of it, is often of their own making for not doing a proper job of succession oversight in the first place. John Burlingame, formerly a vice chair of General Electric Co., and board recruiter Roger Kenny (pictured, now heading the board services practice for CTPartners) teamed up to address a range of pros and cons in resorting to this stop-gap succession measure.
To synthesize their overall conclusions: yes, it makes a lot of sense for a board to be armed with this capability in the event of a sudden vacancy, which can arise from all manner of untoward scenarios. Here is one perfectly understandable situation that they posited:
"You may have the perfect succession plan in place, but there may be two candidates to whom you want to give another six months or a year before you decide on which to choose. Or, in a tragic situation, you lose your CEO and his designated successor in a plane crash. In these cases, if you can make a director the temporary CEO without disrupting the relationship of the internal management and the external directors, it may well be the smartest thing to do."
A big potential negative, they pointed out, in either expressly designating or having a gentlemen's understanding that a certain board member could be the CEO in extremis is the potential threat to the current CEO — does the CEO know if he has "a threatening contender" on his hands? — and also the likelihood of politicizing the boardroom, i.e., "creating a separate class of director."
Notwithstanding such risks, "having a qualified executive sitting around the table understanding the company's strategies, operations, and culture" is a kind of insurance that many companies might be wise to embrace, Burlingame and Kenny advise. But not as wise as doing a first-rate job of managing an orderly succession process in the first place.
Posted by James Kristie at 10:18 PM