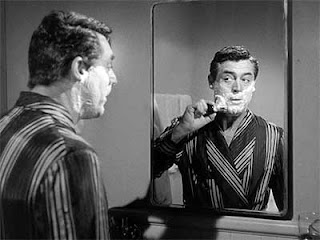 I get my best ideas when I am shaving in the morning. I call them Gillette Moments. My staff colleagues know these well — often the first email they get in the morning is from me sharing my Gillette Moment of the day.
I just read about a variation of a Gillette Moment in the Wall Street Journal's obituary of John Shepherd-Barron, who died last month. He is credited with originating the first automated teller machine in 1967 in the U.K. Inspiration for this new kind of vending machine came to him in a "eureka moment while stewing in the bath."
Another variation of a Gillette Moment figured prominently in an article that Vincent L. Gregory, a former chairman and CEO of Rohm & Haas Co., wrote for Directors & Boards in 1985. Titled "The Chief Executive's Role in Research and Development," Gregory (who led the chemicals company from 1970 to 1988 when he retired) offered up an agenda of helpful ways that CEOs can improve the effectiveness of their research people and operations. Here is how he began his advisory:
"Shortly after I joined Rohm & Haas Co. in 1949, I had the privilege of working at one of our manufacturing plants, which included on the same site a substantial research unit. During my orientation at the plant, I overheard the production manager complaining about the scientists who struggled into work at all hours of the morning. The thing that particularly bugged him was that some of them even shaved on company time.
"Rather innocently I asked, 'Do they ever make any inventions?' He said, 'Oh yes! Our scientists are some of the best in the world. They make a lot of inventions, and some good ones, too.'
"So I said, 'Well, what difference does it make where they shave, as long as they make good inventions?' In retrospect, I think that's probably one of the most profound statements I've made in my years at Rohm & Haas."
You gotta love that. A self-effacing comment for sure, but who knows how many consequential ideas may have come from these shaving sessions in the Rohm & Haas facility.
Now, what's your setting for having a Gillette Moment?
I often think how much more productive board meetings might be if directors headed into the day's round of deliberations having had a Gillette Moment that morning that they could bring to the table.
Posted by James Kristie at 8:05 PM