Why Does Succession Planning Produce So Few Successors? 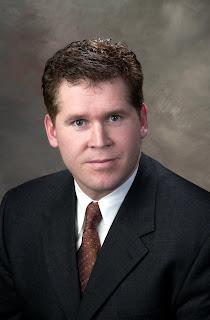 As noted in the blog posting below, that is the question that Heidrick & Struggles Vice Chairman Stephen Miles (pictured) has wrestled with. In October 2009 he issued an advisory that identified three "common roadblocks," as he called them, that "sabotage effective leadership transitions at companies."
The Hewlett-Packard board's ouster last week of CEO Mark Hurd prompts a fresh focus on these roadblocks. Here is how Miles has described them:
• Favoring the 'exciting' external candidate over an internal option: "It appears boards often prefer the devil they don't know to the devil they do. They often find it difficult to imagine an internal candidate in a higher role after seeing them operate for a time in a lesser one. Internal candidates will hear time and time again that they are still 'one or two years away' from being ready, while they watch their external 'competition' being lauded for similar efforts."
• Demanding a 'ready now' successor: "The concept of a 'ready now' executive effectively eliminates perfectly viable candidates from true consideration. The fact is that a company would only know that someone is 'ready now' after the fact — when they see the executive moving to another company, probably a competitor, and proving himself there. The candidate might have been ready to lead all along, but the company missed its chance. This is actually a risk management decision — and the amount of risk a board can take is dependent on the requirements of the role looking forward combined with the complementarity of the top team."
• Focusing on the high-profile CEO role and not on the whole team: "The best succession planning really involves constant assembly and re-assembly of a leadership puzzle with many pieces, including not only the CEO but the CFO, COO, sales and marketing chiefs, and other C-level officers. A trend we are seeing in the best-managed companies is that boards are looking beyond the CEO and his or her direct reports. Now boards want a detailed calibration of the C+2 and C+3 executive populations to see who's 'on deck' to take the reins down the road. Again, from a risk management perspective it is important to understand the bench strength and resulting strength or risk in the 'people portfolio.' "
Miles, who oversees the Heidrick & Struggles worldwide executive assessment/succession planning activities, also made an observation in this advisory of more than nine months ago that eerily presages the precarious position that the H-P board got itself into — if indeed it must look outside the company for its new CEO:
"Boards can, and really must, direct succession planning with an honest evaluation of current talent and the development of a rich pipeline of talent that can form the future of the company. It is this kind of forward-looking, proactive leadership that can mitigate risk and maintain confidence among internal and external stakeholders."
Posted by James Kristie at 8:50 AM