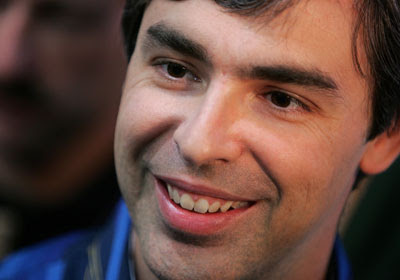 Larry Page (pictured) may make a fine chief executive of Google Inc. It is not at all unknown for company founders to be exceptional CEOs and, in fact, for some to come back into the role and do good things for their companies, as this Business Insider feature displays. But a fair number of founders have fumbled as operating chiefs. Thus, shareholders have room for concern in the surprise leadership change at Google that finds Eric Schmidt stepping down as chief exec.

Directors & Boards author Randy Thurman served on a board with a founder. It was not a happy experience. He cited it in a classic article he wrote for us in 2000 titled "The Unique Nature of Small-Company Boards."

In many smaller companies the founder is also the CEO or even chairman. On one board where I participated, the founder was the chairman, CEO, president and chief scientist. The company outgrew his executive and scientific ability. Because he was the founder, the board hesitated far too long in addressing his deficiencies. By the time we did, the individual had created numerous problems. When faced with the problems and the board decision to remove him from his executive roles, the founder resigned. It took several years to correct his mistakes. The board (and I was a director) should have acted sooner. The tendency to give founders too much time to overcome their deficiencies is common. The founder usually sits on the board, making candid discussion of his problems difficult. Inevitably it remains a board problem until resolved.

Thurman, who has been in a number of boardrooms in his roles as a chairman, CEO, board director, advisor, and investor — with particular expertise in technology and health care — also offered some cautionary words about scientists on boards:

The scientist as a director can present unique challenges for the small company. This may be more applicable in high-tech or health care industries where there is a prevalence of scientifically and medically trained executives. No one would take anything away from their extraordinary intelligence, educational credentials, scientific skill, and professional accomplishment. But their tendency can be to focus solely on the technical and scientific issues and avoid the business and governance challenges of the board.

In addition, I have observed that science and business executives do not always mix well at the board level. A CEO friend of mine calls it the problem of the "MD-iety." I know for a fact that the scientific types have their own issues about us purely business types, but therein lies the problem and small companies experience more of this conflict of professions. By the way, I am not suggesting that there is no room on small public company boards for the scientist; but, one well-suited scientific director may be just the right number.

Two examples underscore this issue appropriately. The first was a Fortune 500 company where I was on the board. Of nine directors, one was an M.D. and dean of one of the top five medical schools in the country. His presence over many years added value consistently in numerous ways. His contribution was in proportion to the other eight corporate types on the board. In contrast, I sat on a small-company board where the chairman was a Ph.D. and two of the directors were M.D.’s. Their desire to concentrate board time on scientific matters became a detriment. (As a side note, it still amazes how much they disagreed among themselves on scientific matters.) Ultimately, two were asked to step off the board and the one remaining M.D. contributes greatly.

While Google is anything but a small company, it is not much of a stretch to see Randy Thurman's observations having some perhaps worrisome degree of application to the tech giant now with co-founder Larry Page assuming the CEO role. This is a development that thrusts the Google board — and Google owners — into a whole new dimension of leadership monitoring.

Posted by James Kristie at 7:08 PM