Exec Pay Limits: A Page Out of the Mob Playbook 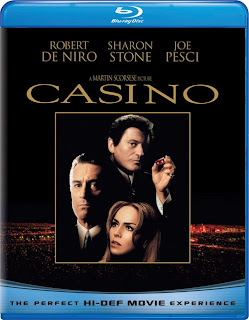 As soon as President Obama earlier this month announced an initial plan to restrict executive pay, critics lost no time in pointing out the infirmities in the proposal. One loophole that immediately was espied: configuring titles so that a particularly highly paid exec would not appear as an officer of the parent company, thus escaping disclosure.
There is precedent for such legerdemain. It comes right out of the Mob playbook.
Prime exhibit: "Casino," a 1995 film — based on a true story — of Mafia-run Las Vegas in the 1970s. Actor Robert DeNiro, in one of his many great film roles, plays a gangster named Sam "Ace" Rothstein, boss of the Tangiers Casino. But since Rothstein has a past criminal record when the Mob inserts him to run the casino, he can't appear in the regulatory filings as the CEO of the gambling establishment.
So what title does he give himself? He actually holds three titles over the arc of his tenure running the Tangiers. He first sets himself up as Public Relations Director, then spends most of his time as the Food and Beverage Director, until finally closing out his leadership of the casino as Entertainment Director.
It worked well for the Mob, so why not for Corporate America? Let's test the notion out on a few high-profile situations:
• Bank of America CEO Ken Lewis could take on the title of Regional Manager-Charlotte.
• GM CEO Rick Wagoner could become Senior Labor Relations Negotiator.
• And why not Chrysler CEO Bob Nardelli as Private Equity Executive in Residence?
• Citigroup CEO Vikram Pandit could take on the mantle of Chief Restructuring Strategist.
• For Time Warner CEO Jeff Bewkes? Why, none other than Head Script Reader, of course.
• And for General Electric CEO Jeff Immelt, how about Locomotive Sales Chief? Or, Chief Jet Engine Inspector? Lots of possible titles in that conglomerate.
Farcical? You bet. But we're in early days of parsing these pay restraints. Who knows how the wiseguys in the corporate suites will emulate the wiseguys in the mean streets.
Before we leave "Casino," there is one line in the movie that should cause all corporate governance mavens to recoil. In referring to the cash-skimming and other financial shenanigans taking place on the casino floor and back office, DeNiro's Ace Rothstein defiantly declares, "The board of directors didn't know what the f**k was going on." Then and now ... on the silver screen and in real life ... too sad but true for our financial institutions that were little more than gambling joints.
Oh, by the way, Al Capone's title on his business card supposedly read Secondhand Furniture Dealer.
Posted by James Kristie at 7:50 AM