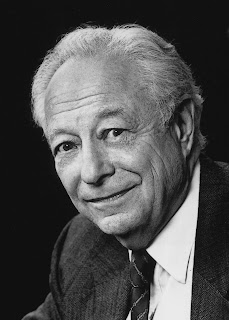 Irving Kristol, the powerful thought leader in political affairs, the "Godfather of Modern Conservatism" as the New York Times called him, died on Sep. 18 at the age of 89.
In various glowing tributes to him on his passing, which traced the impressive arc of his career and influence, I saw no mention of his corporate directorships. He was a full-contact player in the political realm, but he did keep a hand in on the corporate side of life. In my records I see that he was a director of Lincoln National Corp., Basic Books Inc., Citizens Utilities Co., Warner Lambert Co., and several Dreyfus mutual funds. He and I corresponded in 1984 about his writing a piece for Directors & Boards.
In was in that year that he published an essay, "Dilemma of the Outside Director," for the Wall Street Journal that caught my attention. Retrieved from my archives, what follows is a passage from that essay, which gives a taste of his thinking on board matters. Its conservative thrust, no surprise, would not find favor with a shareholder activist. Here he is reacting to an article that Harold Geneen had just written for Fortune magazine in which the legendary ITT chieftain attacked overpaid CEOs:
"[Geneen] believes it to be a scandal that the pay of top executives is almost never reduced, even when the corporation performs poorly. Well, there are indeed occasional scandals in corporate compensation, but this happens not to be one of them.
"Mr. Geneen might well have asked himself: Why is this rigidity in compensation visible not only in corporations but in nonprofit institutions as well? Does a university president get his salary cut when his budget falls into the red? Of course not. Does the head of the U.S. Postal Service get his salary cut when mail delivery deteriorates? Of course not. Does the head of the American Red Cross take a salary cut when donations diminish? Of course not.
"In short, such rigidity on the downside of executive compensation is a feature of all large organizations, where holding on to executive talent is always a primary consideration. After all, if you cut the CEO's salary, leaving other managerial salaries untouched, you have publicly diminished his authority to a degree where he might as well leave. And if you cut other managerial salaries proportionately, you will end up losing some of your best managerial talent. There is a market for such talent, as there is for musical, baseball and entertainment talent. Many of us may think this talent is often inequitably rewarded and wonder why a Michael Jackson or a Dan Rather do so well. But either the market regulates these salaries or government does. Between the two, it's not such a hard choice."
A rather prescient last two lines in this passage, considering it was written a quarter of a century ago and where we are today with the government's encroachment on compensation decision making. Indeed, prescience is an attribute of Kristol's that the Wall Street Journal's editorial writers specifically cited in their homage to him the day after his death: "Perhaps the greatest gift of the gifted Irving Kristol was prescience. This does not mean predicting the future. Prescience, a more useful gift, is seeing the direction in which the future is headed."
Posted by James Kristie at 12:39 AM