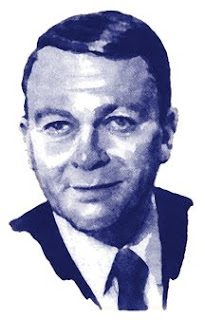 A transaction that started Labor Day weekend just got to a flash point: The U.K.'s M&A regulator has given Kraft Foods six weeks (till Nov. 9) to make a binding offer to buy Cadbury PLC — a "put up or shut up" demand — or Kraft will have to walk away for six months. Cadbury's board has rejected Kraft's initial advance, a $16.7 billion combined cash and stock bid.
Ah — there's the rub. Cash and stock. Maybe Kraft needs to revert to Rule 1 in M&A to get this deal done. And what is that rule? I turn to one of my past authors, D. George Harris (pictured), who stated it with simple elegance:
"Rule No. 1 in the takeover game: If someone makes an all-cash, any-and-all-shares tender offer, and they've got any kind of a reputation to back it up, you know that company is going to be sold to someone. The question becomes: To whom, and what degree of control will you have in that determination."
Harris had intimate familiarity with this rule. He lost his company to a hostile acquirer. He was head of chemicals company SCM Corp. when it was bid on by Hanson Trust PLC in the takeover mania of the mid-1980s. He wrote a detailed case study for Directors & Boards of the attack, defense, and ultimate surrender to the voracious British conglomerate.
I titled the article, " 'This Can't Be Happening': The Takeover of SCM." That title was inspired by another of Harris' hardbitten lessons, which Cadbury's board and management might heed. Warned Harris: "One of the things defenders have to contend with — a wish, really — is that 'this can't be happening to us.' As a director of such a company, I think you have to make sure management knows: It can happen, and it is, and if you want to do anything about it, you'd better get a move on."
Post-SCM, Harris went on to a distinguished next phase of his life as an investor in and owner of chemical companies. I was saddened to learn as I was writing this that he died in 2007. Let's see if his "Rule No. 1" lives on in how the Cadbury transaction concludes.
Posted by James Kristie at 11:12 PM