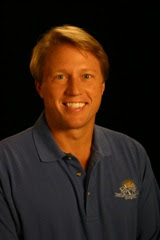 Want a terrific idea for getting the most out of your board members? Especially the more quiet ones, who you know have important insights and counsel but may be reticent to speak up?
Here is a tactic employed by Kent Thiry, chairman and CEO of DaVita Inc., an NYSE company that is the largest independent provider of dialysis services in the U.S. He calls it "one of the simplest and most self-evident ideas you could imagine." This is from his article, "Powerful Tactics to Power Up Your Board," published earlier this year in Directors & Boards:
"Every single board I have sat on had a subset of the members who did most of the talking. Furthermore, on many issues, a couple directors would do most of the talking, someone would venture forth with a conclusion, some heads would nod (or at least not object), and the discussion would move on.
"Therefore, I began the following practice: A couple of times at a board meeting, after there has been some give and take on an important issue, I will ask for us to go around the room and have every director speak, and sometimes each executive as well — even if it seems like there is a directional consensus.
"The consistent result is that we get some of the most insightful comments of the entire meeting.
"These are comments that would otherwise have never been made, because people did not want to fight for airtime, or they were worried it would prolong the conversation forever, or because while it was a value-added comment it would not directionally challenge the answer — all sensible reasons to hold back from throwing in another comment.
"But for an important topic, these synthetic closing thoughts, provoked by the extensive conversation that preceded them, are often the most valuable. Since each director knows they will get their turn, there is no need to rush — quite the contrary, they know the whole point is to reflect on the entirety of the issue.
"Some will link our discussion to other big issues, some will tie it to history, some will point out organizational issues it raises, some will point to capital market or implementation issues, while others point out optical issues.
"Whatever it may be, the aggregate result is every director becomes engaged by providing thoughtful closing comments on an important issue, with the rest of the board as their undivided audience."
Give it a try at your next board meeting. You might be astonished at the results when you employ this airtime metric. As Thiry admitted, "I only wish someone had brought it up to me years earlier, as I have been struck by its power."
Posted by James Kristie at 12:04 PM