A Trend That Will Change Everything 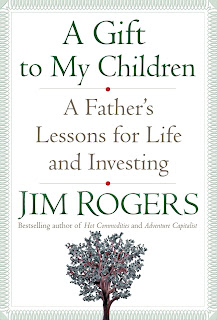 October is Women in Small Business Month. Kate Knapp of Smith Publicity has passed along to me some impressive stats, collected by the Center for Women's Business Research:
• There are 10.1 million firms that are 50% or more owned by women.
• These businesses are employing 13 million people.
• They generated $1.9 trillion in sales in 2008.
• One in five firms with revenues of $1 million or more is woman-owned.
Now add in a macro trend that renowned investor Jim Rogers identifies in his new book, A Gift to My Children. Rogers is always worth paying attention to when he opines on trends in the markets and specific investments. Here is what he sees ahead:
"Traditionally, women in Asia have been treated differently from men. In many countries, a girl's family had to pay a dowry when she married as a further inducement to find her a husband. Like women everywhere, Asian women have long suffered a lack of equal opportunity in society; they have been treated unfairly in pay and promotion in the workplace.
"But this is all going to change.
"In China, Korea, India, and other Asian countries, where the priority has been placed on the birth of boys, girls are now in short supply. Soon the typical Asian man will experience great difficulty in finding a wife. For instance, in South Korea, there are 120 twenty-year-old boys for every 100 twenty-year-old girls, while in China, the birthrate is 119 boys for every 100 girls.
"As all these girls become women, they'll be able to demand more freedom. The ramifications from this will be enormous: Professions, education, politics, everything will change."
Women-power, as celebrated this month for its present strength and, as identified by Rogers, as an explosive game-changer for the future, should be moving higher up on the opportunity scale for all CEOs and board members. And higher up on the risk scale, too — should this trend not be adequately recorded on your radar screens.
Jim Rogers closes out this trend alert by noting, "I am so pleased to have two daughters!" A hearty second to that — I am blessed to have a daughter myself.
Posted by James Kristie at 11:19 PM