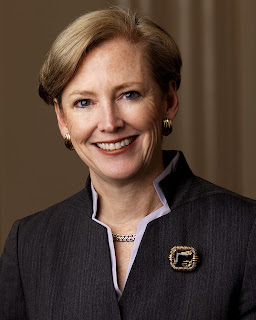 It has happened again. When I release the results of our quarterly Directors Roster report on new women joining corporate boards — which I did in my blog post of March 8th — I inevitably hear from one or more of the other trackers of board composition. They are puzzled — and, it appears, alarmed.

Their beef is that there is a big disconnect between the Roster numbers and their numbers. The Roster has been documenting for two years now elevated levels of women joining boards — in the fourth quarter of 2010, 38% of new directors were women; for 2010 as a whole, 34% of board appointees we tracked were women. Most if not all other major surveys point to board representation of women still stuck in the mid-teens range, where it has been for years.

"So what's up with your numbers?" I get asked. There is an underlying fear that prompts this question, which is this: the optimistic picture that we present could lull people into thinking that recruiting developments are going along just swimmingly, when in fact all the major surveys of board composition do not seem to bear that out.

I am moved to share my response to the challenge I received after this week's release of the Directors Roster report on women board recruiting:

I do not see the disconnect or discrepancy that you see. Let me explain how I mesh the numbers.

Your data is a snapshot of board composition at a fixed point in time — an annual look at who is sitting on a defined universe of boards.

The Directors Roster data is a snapshot of a quarterly flow of activity at a random universe of boards — companies that happen to have added a new board member.

This is apples and oranges. There is no way to sync these two sets of data to make any sensible matchup.

What we are looking at is velocity — a moving target — and you are measuring an end point.

In looking at the Directors Roster that just hit the street this week, you can see for yourself the flow of activity that we tracked in the fourth quarter of 2010 and the new women directors that came to our attention.

It seems to me that we need both sets of measurements — yours and the Directors Roster — to properly gauge marketplace activity, and I don't really see any conflict in what these two sets of numbers report.

It is understandable that my counterpart is concerned about overly optimistic conclusions that might be drawn from the Roster data. That’s why I feel the urgency to bring other surveys to the attention of the Directors & Boards audience that show how sluggish the progress is of board diversity. Our Roster numbers are useful for adding an important dimension to the discussion of board diversity, but I agree that many questions are left unresolved about the enduring impact of this measure of velocity.

Perhaps it is a matter of time — and it will be a lot of time — before we see the cumulative impact of these elevated velocity levels. But something is going on, and that is where the Roster data plays an important tracking role.

Pictured is Ellen Kullman, chair of the board and CEO of DuPont Co., who has joined the board of United Technologies Corp.

Posted by James Kristie at 9:46 AM