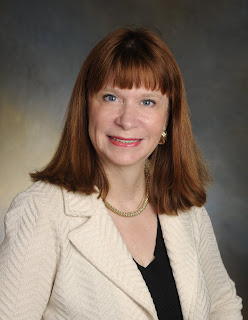 Here is a key piece of data to announce on the 100th anniversary of International Women's Day:
After dipping back into the mid-20% range in the third quarter of 2010, the recruitment of women to corporate boards rebounded strongly in the fourth quarter. During the October to December period, 38% of the newly elected directors tracked by the Directors Roster were women.
Here is how year 2010 added up for the board recruitment of women:
• Q1: 34% (31 women out of 90 new directors)
• Q2: 36% (41 women out of 115 new directors)
• Q3: 26% (27 women out of 102 new directors)
• Q4: 38% (43 women out of 113 new directors)
Total: 34% (142 women out of 420 new directors)
The Directors Roster is the quarterly and annual record of newly elected directors to corporate boards tracked by Directors & Boards and published as a special feature in each edition of the journal. The data is gathered and written up by Directors Roster Editor Kelly McCarthy.
Year 2010's total for women of 34% is down slightly from 2009's total of 39%, representing 165 newly elected women directors out of an overall 424 board appointments. But 2009 marked a surprising leap from 2008 — when women represented 25% of the total tally of new directors, closer to trend throughout the earlier years of this decade. (For stark perspective, in the mid-1990s when we first started the Directors Roster data tracking, the percentage of newly elected women directors on a quarterly and annual basis was typically in the high single digits or low teens.)
So with one-third of new directors in 2010 being women, it does show that 2009 was not an utter fluke. We will continue to track the numbers closely in the Directors Roster to see how 2011 plays out. But two back-to-back strong years might well indicate that we have entered an era that will be characterized by elevated levels of board recruitment activity for women.
And on that upbeat note I will happily join in celebrating International Women's Day.
Pictured is Margaret Foran, who joined the board of Occidental Petroleum Corp. in 2010's fourth quarter. Peggy Foran is chief governance officer, vice president, and corporate secretary of Prudential Financial Inc.
Posted by James Kristie at 7:16 AM