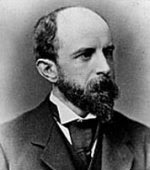 It's always interesting and instructive to see who a CEO picks to be a member of his or her team. As such, I suspect business leaders are riveted even more closely than the average citizen on a President-elect's choices for his Cabinet.
Barack Obama's economic team took shape first, with New York Federal Reserve Bank President Timothy Geithner spearheading as nominee for Secretary of the Treasury, followed by the foreign policy team, headed by nominee Sen. Hillary Clinton for Secretary of State. Yesterday, Obama introduced New Mexico Gov. Bill Richardson as nominee for Commerce Secretary.
The Richardson appointment reminds me of a letter I sent to Barbara Hackman Franklin upon her nomination to be Commerce Secretary in the George H.W. Bush administration. Barbara is a longtime colleague who has authored several important articles on corporate governance for Directors & Boards. On the eve of her Senate confirmation in early 1992, I penned her a good wishes note, reminding her of the observation put forth by Henry Adams (pictured here), noted author and historian and great grandson of second President John Adams and grandson of sixth President John Quincy Adams:
"You can't use tact with a Congressman. A Congressman is like a hog. You must take a stick and hit him on the snout."
With the job at hand, I hope the country's new CEO and his team are coming to Washington with sticks in hand.
Posted by James Kristie at 1:59 PM