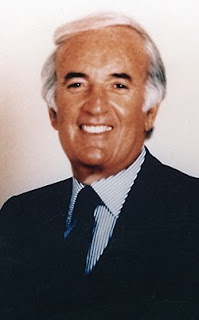 The news stories about Time Warner CEO Jeffrey Bewkes being named chairman of the board, effective Jan. 1, strike an odd note. It's as if this news is lifted right out of the pages of business history — from the 1970s or '80s.
These days, with the inexorable progress of governance best practices, one of which is splitting the chairman and CEO positions, you would more likely expect to be reading news stories that companies like Time Warner have separated the two top roles — not trumpeting that the CEO has added the chairman's title.
This news from Time Warner is not a surprise. It was baked in the contract when Jeff Bewkes was named CEO in January 2008. And he may make a fine chairman and CEO, so this is not meant as a personal criticism.
As a matter of full disclosure, I have been in and out of Time Warner stock since the mid-1980s. I was lucky to be out of it at the time of the AOL deal, but I've been back in it for the past several years and it has been one of the doggiest stocks in my portfolio. I have fond memories of being a Warner Communications shareholder under the late great Steve Ross (pictured), who had his flaws but he knew how to put money in the shareholders' pockets, something his successors have not done well at. Hopes run high that Bewkes will reverse the shambling market performance of this media giant.
If combining the chairman and CEO roles helps Bewkes get this company back on the winning track, then the tactic will have been proved right. But on the eve of his ascent to the combined offices, it looks more like a page out of a dusty old board playbook. So last century.
Posted by James Kristie at 10:13 AM