Jobs Report: And Now a Word from Mr. Van Gorkom 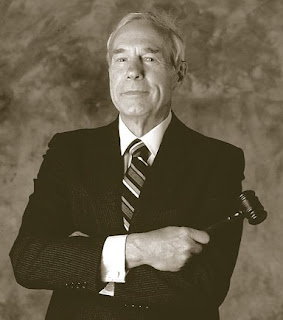 Friday's unemployment report was gruesome. We have a jobs mega-crisis in this country — the yearly job loss is the worst since 1945, and the Conference Board today said that the economy could lose 2 million more jobs in 2009. So why in this context do I bring up a famous name out of the annals of governance?
Those who recognize the name Van Gorkom know it as a bombshell Delaware court case — Smith v. Van Gorkom. The case involved a CEO — Jerome Van Gorkom (pictured) — and his board who sold their company, Trans Union Corp., under circumstances alleged by the plaintiffs to be insufficiently rigorous in trying to get top dollar. Plaintiffs won. The 1985 ruling jolted boards as to the heightened degree of due process they now needed to go through to prove their fiduciary responsibility.
I can attest that Jerry Van Gorkom was more than just the namesake defendant in one of the game-changing cases in governance history. He was a decent fellow. I got to know him a bit when I arranged for him to speak to an audience of CEOs at the Harvard Club in New York in 1988, shortly after he published in Directors & Boards a convincing defense of his and his board's actions in the sale of the company. (Van Gorkom was also a sponsor of Directors & Boards Publisher Robert Rock's doctoral dissertation at Harvard in the early 1970s.)
My mind turns to Van Gorkom now because I've always been haunted by something he once said about his upbringing. The following was recorded in Autopsy of a Merger, a saga of the Trans Union deal written by William M. Owen, a former in-house attorney for the company:
"Made a millionaire when his Trans Union stock holdings were cashed out at the merger, Van Gorkom had risen from abject poverty. When he was only seven years old, his parents separated. He lived with his mother, and they survived the bitter Depression years on odd jobs, welfare, and assistance from his aunts.
" 'My mother and I were in severe financial straits several times in my youth,' he once recounted to a newspaper reporter. 'It left a very deep impression on me, and my children accuse me, properly, of having a Depression complex. I never forgot reading about the hundreds of men sleeping on lower Wacker Drive with newspapers wrapped around them. I developed a horrendous fear of being unemployed. Without a job, you're helpless.' "
I'm sure boards hate to sanction management's layoff decisions. My wish is that both management and the board feel the way Jerry Van Gorkom (who died in 1998) felt about the preciousness of having a job — and that they're not engaging willy nilly in what often seems to be a wholesale axing of employees. Most especially, my wish is that directors long for the day when they can take pride in how many jobs management has created. Let's get ready — sooner rather than later — to build that into the performance evaluation metrics to get this country on the move again.
Posted by James Kristie at 3:35 PM