Why Volunteer? Let Us Count the Reasons 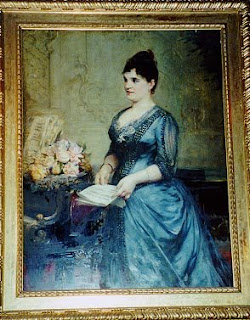 Tied in with the record-high spirit of optimism generated by tomorrow's Inauguration of Barack Obama, the ethic of service and volunteerism is running sky high as well this Martin Luther King Day.
In addition to MLK, I turn on this day for inspiration on volunteerism to a very personal source  — a distant relative of mine named Marcella Sembrich (pictured). She was a famous opera singer at the dawn of the 20th century, performing in the grand opera houses of Europe and the U.S. Next month will mark the 100th anniversary of Madam Sembrich's retirement from the Metropolitan Opera. She then devoted her life to teaching, including at such renowned institutions as the Curtis Institute of Music in Philadelphia (which I can see from my office window) and at her summer home in the Lake George area of New York. That home has been converted into a museum in her honor.
As a supporter of the museum, I get its quarterly newsletters. A recent issue addressed the subject of volunteering, and offered up this useful — and cleverly composed — insight:
"People volunteer for many reasons. The main reason is a desire to serve others, but this does not exclude other motivations as well. Think of volunteering as an exchange, something for you. something for the organization. Think about that you receive when you give and consider why you want to volunteer. Here are possible motivations to volunteer —
• for fun
• to feel good
• to keep busy
• to share a skill
• for recognition
• to make friends
• to be challenged
• to have an impact
• to keep skills alive
• to be part of a team
• because you were asked
• for the freedom to schedule
• to have an excuse to do what you love
• to get to know people in your community."
Anyone reading this list — including corporate and advisory board members and trustees of all stripes — will recognize one or more motivations that have prompted us to say "yes" to an invitation to be of service to an organization that we deemed worthy of our support.
That ethic of service and volunteerism will be put to the test in the times ahead. Let this day inaugurate a renewed ethic of service to help lead our nation out of its current travails as best we can, where we can — be it on the seat of a Fortune 500 board or in the trenches of a community nonprofit or in any other capacity that helps move the needle in a positive, life-affirming direction.
Posted by James Kristie at 8:42 AM