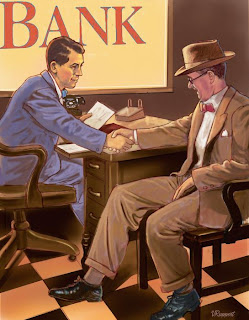 The Wall Street Journal nicely cited the insurance industry's big dinner this week for Chesley "Sully" Sullenberger. Lloyd's Chairman Lord Levene presented to the US Airways pilot who landed his jet safely in the Hudson River the Lloyd's Gold Medal for Saving Life — an award that recognizes acts of courage. The WSJ reports that a gold version of the medal has been awarded only once before, in 1921.
Per the WSJ: "Lord Levene in his remarks noted that Capt. Sullenberger says he simply did what he was trained to do. Said Lord Levene: 'If only the banking industry had been following that philosophy over the last few years.' "
Kind of reminds me of something that John Maynard Keynes said about the banking industry many bad loans and economic crises ago: "The problem with banking is that there are not enough bankers."
A thought that we might extend thusly: "The problem with governance is that there are not enough directors."
Sure, there are plenty of directors, and no surfeit of individuals enamored of the idea of serving on a corporate board. But how many are willing to educate themselves rigorously, to become truly skilled in the ways of directorship, and, most crucially, are primed to act courageously and with requisite expertise at moments of crisis?
Yes, we all know there are lots of exceptional directors — men and women who deserve gold medal recognition for their service to management and shareholders. But, as we've witnessed so painfully, when the controls fail and things — whether it be whole economies or individuals companies — look like they're headed for a crash landing, we realize how right Lord Peter Levene and John Maynard Keynes are: how avoidable disaster is when those at the controls are performing at the level that their position demands.
Posted by James Kristie at 12:47 PM