Enron as a Porsche Turbo 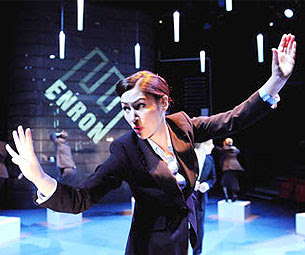 "Enron" — the play on Broadway — closes today, running just a week in New York, although it had a longer run in London. I can't imagine how they ever made a play out of the Enron situation, and I guess I won't have the opportunity to find out — unless the show has a second life in the regional theater circuit.
Enron, the company, has been a big part of my life as the editor of a corporate governance journal — citations continually find their way into multiple articles since the energy firm's plunge into ignominious bankruptcy in 2001. Pretty much all one has to do is say the word Enron and you have a shorthand description for abject board leadership.
One author who did a particularly scathing examination of Enron's board is Leo Hindery. This was for his 2005 book, It Takes a CEO. Hindery is managing partner of InterMedia Partners LP, a private equity firm. He has a long and successful track record running companies in the communications field, such as AT&T Broadband. I had the pleasure of running an excerpt from his book in Directors & Boards.
As the final curtain comes down on "Enron," the play, here is a choice passage on Enron, the board, from Hindery's book:
"[The] directors could and should have done a whole lot better. Becoming a member of the board of a company like Enron, circa 1999, was a little like getting into the passenger seat of a Porsche Turbo: you know it goes fast. Knowing that, you keep an eye on the driver. If the driver starts taking the turns too fast, you tap him on the shoulder and make him slow down. If you don't, and the cops later pull you over, don't say you didn't see the scenery whizzing by. You did."
What an entertaining observation, no? It makes me wonder that if the play was as entertaining, perhaps it might have had a longer run. Maybe the producers should have called in Hindery as a script doctor.
Posted by James Kristie at 12:39 PM