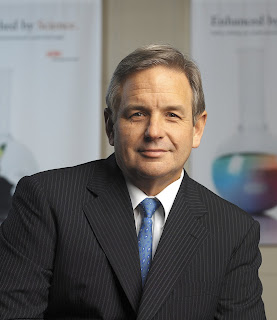 It strikes me as a superb decision by the Bank of America board to have Charles "Chad" Holliday Jr., former chairman and CEO of DuPont Co., be the company's new chairman.
Directors & Boards author Jack Roddy visited with Mr. Holliday last year — a meeting that resulted in a Q&A article on Holliday's style of leadership that we published in the Fourth Quarter 2009 edition.
I had come to know Roddy as an avid devotee of leadership. He studies it intently in his role running J.P. Roddy Consultants, through which he specializes in recruiting leadership candidates in the automotive, transportation, plastics, and chemical industries. When he shared with me the transcript of his conversation with Chad Holliday on what makes a good leader, I jumped at the chance to share it in turn with the Directors & Boards audience.
As I reread this now six-month-old article in light of Holliday's new appointment at BofA, I am even more persuaded that the troubled institution and its shareholders are in good hands. Here is one of Holliday's answers to Roddy's question as to the importance of spontaneity as a leadership trait. Keep in mind as you read his answer the fateful decision by BofA to complete the Merrill Lynch acquisition:
"My style has always been to be spontaneous as a way of managing in a meeting or other situation. I find myself constantly asking, 'Am I listening well? What is this person saying that I need to hear?' I believe being comfortable with spontaneity is important for a good leader.
"I remember once we were considering an acquisition and we were far along the way to going forward with a positive decision. Then suddenly someone asked a new question about certain factors. This opened up a whole new way of looking at the acquisition such that we said to ourselves, 'What did we miss that caused us to move this far without seeing another important viewpoint?'
"Ultimately, we decided against the acquisition, which was the right decision, yet we almost missed the boat on that one due to singular-direction thinking. The fact that we were open to new questions helped us to make the right decision."
Singular-direction thinking is a threat to many boards. To the extent that such thinking may have almost sunk BofA, my guess is a change in board culture is coming with Chad Holliday chairing the board meetings.
Posted by James Kristie at 6:31 AM