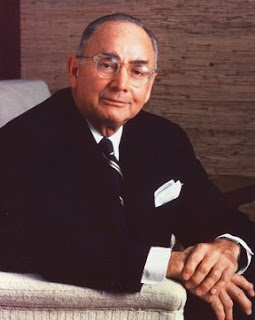 The Corporate and Financial Institution Compensation and Fairness Act of 2009 was approved on July 31 by the House and sent to the Senate. It's a package of pay-regulating provisions, including a say on pay vote for shareholders and measures aimed at compensation committees and the pay arrangements of top executives. Said one of the House members, "The bill that passed out of Committee today reins in excessive compensation and ends the perverse incentives that caused too many executives to engage in overly risky behavior."
Well, we'll see about that. Much more ink to be spilled and rhetoric to be aired before this legislative initiative is signed into law in present or altered form.
In times of regulatory zeal to clamp down on executive pay — and there have been many such times in my 28-year tenure here at Directors & Boards (in fact, I hardly know of any extended period when there was no political pot-stirring over CEO pay) — I like to turn to one of the late and great masters of American capitalism for some clear thinking. That fellow is Harold Geneen (pictured), who ran International Telephone and Telegraph Corp. from 1959 until 1977, its glory days as a world-beating conglomerate.
I just wrote a personal reflection of Geneen, who died in 1997, for my editor's note in the July e-Briefing, the Directors & Boards monthly newsletter. I also included in the newsletter a key passage from a past article that I published by him that offers some of the most rational advice you will read on paying a top executive.
The following observation of his didn't make it into the above-cited advisory, but it concluded his original full-length article that I published right before he died 12 years ago. It's a warning that has extra urgency now that this House-backed bill is wending its way to the Senate:
"The government shouldn't shoulder in with social engineering solutions. David Ricardo, the 19th century economist, got it right in 1817: 'Wages should be left to the fair and free competition of the market, and should never be controlled by the interference of the legislatures.' "
Posted by James Kristie at 8:52 AM