Wild Blackberrys in the Boardroom 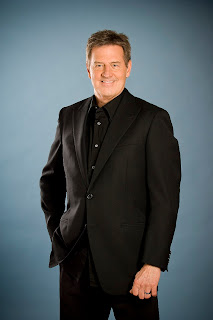 I don't allow any kind of cellphone use in my classes. Students don't make phone calls, but it's the texting and message checking that drive me nuts, and that's what is verboten. When I'm in front of the class, I'm the chairman of the board calling the meeting to order. Full attention and engagement is required.
I do share with the class the experience I had attending a directors' conference at a leading university in New York City. I had a seat in the back of the room. There was a high-powered panel on stage — standout board leaders addressing substantive matters. But as I looked around the room from my sweeping vantage point in the back, all I saw were accomplished executives hunched over their Blackberrys scrolling away and texting furiously. So much for attention being paid to the governance thought leadership being conveyed on stage. A shameful sight, I thought at the time — and still think so. My students get the message.
From anecdotal tales of how widespread Blackberry use is during board meetings, I fail to understand how board chairmen tolerate it. Not every chairman does. I was glad to hear that there is at least one chairman who doesn't allow cellphones in the board meeting. In an interview I did with Rick Goings (pictured), chairman and CEO of Tupperware Corp., for the cover story of the Q2 2009 issue of Directors & Boards, he told me this about his board practices: "No Blackberrys during a board meeting. I've sat in on some board meetings at other companies and everybody is on their Blackberrys. Our board members don't do that." Good for him for having such a policy.
And now comes the Financial Times story, "Why Email Must Disappear from the Boardroom." It makes a persuasive case for banning Blackberrys in the board meeting. Among its pointers:
• "Attention is a scarce resource. Indeed, some management thinkers have described it as the scarcest resource in most organizations. Splitting attention between two tasks is something people simply do not do well."
• "When a corporate director starts replying to an email, which task is receiving attention: the message or the meeting? The most plausible answer is the message, which means that the director who is working on his email is dedicating scarce resources to something other than that for which shareholders are paying. If your lawyer billed you for time spent working on someone else's project, it would be considered negligent at best."
• "In our experience, we are witnessing more and more situations in which board members are expressing outrage at some of their colleagues' inappropriate use of their wireless devices. ... In the light of such complaints, the preponderance of scientific evidence, the fiduciary responsibilities of directors and the obvious conflicts between reasonable duties of care and multitasking, we offer this modest proposal to improve the state of corporate governance worldwide: all board should disclose that they have a 'no wireless device' policy during meetings."
Failure to put in such a policy, concludes the FT critique, "should result in lost support for the board and its individual members." And, by extension, it should result in greater support for board chairmen like Rick Goings who have a policy of demanding full attention and engagement from their board colleagues.
Posted by James Kristie at 8:25 PM