New Directors: The Numbers Are In 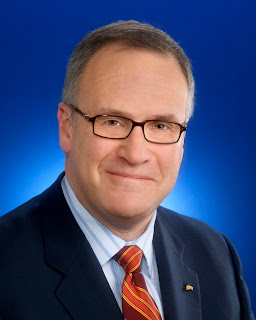 The numbers are crunched, and here is how year 2009 shaped up for director recruiting.
According to the Directors & Boards Directors Roster, the journal's quarterly and annual reporting of executives named to public company boards, we tracked a total of 424 new director appointments named to 326 company boards. Here is where the new directors came from, ranked by predominance of background:
1. Retired Executives: 170 (40%)
2. Senior Officers: 65 (16%)
3. Chairmen/CEOs: 57 (14%)
4. Finance: 47 (11%)
5. Academia: 39 (9%)
6. Consultants: 22 (5%)
7. Not for Profit: 14 (3%)
8. Legal: 6 (1%)
9. Miscellaneous: 3 (1%)
Total: 424 (100%)
Women: 165 (39%)
Source: Directors & Boards Directors Roster
The number of new women directors is worthy of further comment. See the follow-on blog post of July 12.
Seven pages of the Governance Year in Review special issue of Directors & Boards just coming off press are devoted to "Who's on Board 2009" — a sampling of this new director activity. The article displays the companies adding one or more (as in the government-mandated cases of AIG and General Motors, for example) new board members, who those new directors are and their titles and affiliations at the time of appointment. A superb mini-data base for those wanting more detail beyond the numbers. The Directors Roster is sponsored by our close colleagues at Heidrick & Struggles International.
Pictured is John Lechleiter, chairman, president and CEO of Eli Lilly & Co., who joined the board of Nike Inc. in 2009; he represents a declining category from which new directors are being successfully recruited, i.e., a sitting CEO. In 2008 Chairman/CEOs represented 21% of all new directors.
Posted by James Kristie at 9:49 AM