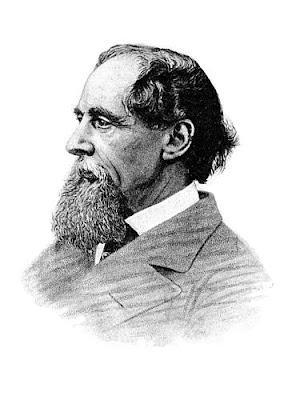 I did not see "corporate director" as one of the 100 Best Jobs in America just tallied by Money Magazine and Payscale.com.
I did not see "editor" on the list either.
To people who inquire of me about the state of the publishing business, I am telling them that while some in the media industry are calling it Darwinian, the term that for me best describes things is Dickensian.
That's Dickensian as in "The best of times, the worst of times." It is the best of times in that this is an exciting, even historic, time to be in the media business as we transition from print to digital. A whole new world of distributing information and communicating with audiences lies ahead.
It is the worst of times in trying to make it through that transition and coming out whole on the other side to be able to enjoy this new world and the opportunities it holds in promise. Even the best minds in the industry are not sure what the business model is that will undergird this industry going forward.
Perhaps the same situation holds for being a corporate director. It is the best of times because the role of the director has never been as important, and that importance will be magnified as we move into the future of heightened investor input and stakeholder expectations, spurred by ever-activist regulators and legislators.
But it is the worst of times to be a corporate director as this new balance of power among the directors, management, investors, and regulators sorts out. The financial crisis has put the boot to what remains of many of the comfortable and clubby old paradigms that governed how things were done in the boardroom, starting with how a new member was recruited to how directors acted once on the board.
For example, can you imagine any director being added to a board now with the understanding that he or she is to be seen but not heard during their first year in office? Ridiculous, no? Or the notion that directors don't need their own independent consultants. Or that the CEO should always be the chairman. Or that directors shouldn't talk to shareholders. So many dying embers of classic board behavior paradigms.
When behavioral paradigms and operating models become untenable, the present becomes a harsh place to do business as all eyes focus on the path to a more promising future. That's Dickensian times. So it is no surprise that neither corporate director nor editor are on any "best jobs" list.
Posted by James Kristie at 7:07 PM