NCR's William Anderson: Lessons for Today from the 'Japan Miracle' 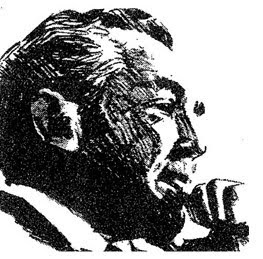 In its report today about Avon selling its Japanese operation to private equity firm TPG Capital, the Financial Times calls the deal "emblematic of the gloomy sentiment regarding corporate prospects in Japan."
Gloomy? You can't get much gloomier than the assessment of Japan's decline on the world stage reported by the New York Times in mid-October in an extremely downbeat article, "Japan Goes from Dynamic to Disheartened." These accounts are dramatic testimony on what a turnabout the country has experienced, from world leader to world laggard.
When I arrived at Directors & Boards in 1981, we were just going to press with an article on the "Japan miracle," as the author called it. That author was William Anderson, then the chairman and CEO of NCR Corp.
Anderson had a unique perspective on the rise of Japan as an industrial behemoth: He had been a prisoner of war, serving for four years in a Japanese prison camp, and then was a witness at the war-crime trials in Tokyo at war's end. "I saw Japan at the low point of its long history," he wrote. "I was stunned to see the Japanese economy shattered, its political and social fabric torn, and its people demoralized. Those of us who were in Japan immediately after World War II had serious doubts as to whether the nation would ever rise to be a first-rate power."
Rise it did. Remember the early '80s hysteria that Japan was going to rule the industrial world, supplanting the U.S. as the engine of growth and productivity — and buying up America while it was at it.
And yet . . . read again Bill Anderson's description above of the Japanese economy. Does this sound familiar in how commentators are describing the U.S. economy today — angst-ridden wonderings about whether this nation will be a first-rate power in the future?
Maybe we should draw on the playbook that Japan followed to reenergize its economy. Here is that playbook, as Anderson laid out in his classic Directors & Boards article, titled "Scrutable Success: A CEO's View of Japan Inc.":

The structure on which Japan Inc. was built was beautifully simple. In the government sector, the Ministry of International Trade and Industry would develop and promote a national industrial plan. And the Bank of Japan and the Ministry of Finance would supply the capital and carefully control the purse strings in order to keep the new industrial plan on track.
Meanwhile, the doers — that is, business and labor — would be given a relatively free hand to utilize the inherent strengths of the capitalistic system. Taxation and government intervention would be kept to a minimum. Social programs would be deferred until Japan could afford them. Emphasis was to be on the future, not the past, or even the present.
In looking to the future, Japan's vision was clear. Modernization of its industry was given top priority.

Perhaps a national industrial plan as Japan crafted it would be questionable for adopting here, but that bit about taxation and government intervention being kept to a minimum certainly seems to be crucial to reenergizing the U.S. economy.
It is always heartening to find in the Directors & Boards archives a piece of wisdom that provided thought leadership at the time of publication and offers continuing thought leadership for solving today's great challenges.
Illustration of William Anderson that appeared with his article published in the Summer 1981 edition of Directors & Boards.
Posted by James Kristie at 10:16 AM