The Annual Meeting as the Art of Romance 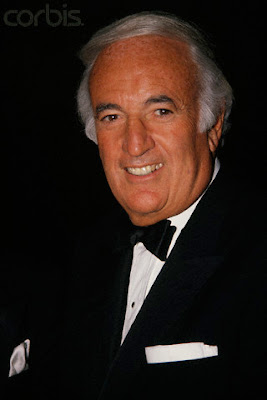 As discussed in my previous blog posting, I am underway on a cover story for the first Directors & Boards issue of 2011 that will tee up a major rethink of the annual shareholder meeting — what is wrong with how it is done today and what may be needed to fix it for the governance era ahead.
Which brings me to Steve Ross (pictured).
I have fond memories of Steve Ross from back in the mid-1980s when he was head of Warner Communications. I made some money in Warner stock, which makes for warm recall. And as a shareholder I attended a couple of annual meetings that he ran. I remember them as some of the best annual meetings I have ever sat in on — infused with his outsized "CEO rock star" personality, his ultrasmooth handling of the crowd — and it was quite a crowd in those heady days when a Hollywood studio like Warner Brothers still reigned over the global entertainment industry — and his marvelous presentation of the scope and scale of Warner's businesses.
Connie Bruck, in her superb 1994 biography of Ross, Master of the Game: Steve Ross and the Creation of Time Warner, further amplifies my recall of why Ross was so masterful about so many things in his business dealings — including running an annual meeting. From her book, a telling anecdote, capped by a nicely personal coda:

From the start, Ross prided himself on his shareholders' meetings.
Over the years, he would become more polished, but even in the early days of Kinney Service he came to these events like a natural; showcasing his depth of knowledge about the company, his numerical nimbleness, his salesmanship so consummate that it seemed more about the art of romance than about selling. As he did with other business tasks, Ross made his preparation for these meetings into a game; he challenged his associates to find a question that would stump him, as though he were about to appear on one of his favorite television quiz shows.
He had a strategy for these meetings ("You never play a shareholders' meeting to win, you play to tie") as, it often seemed, he did for everything in life. And once he was on the podium, taking questions from the audience like so many lobbed balls, he seemed to want them to go on forever. "To make him stop answering questions," recalled the company's longtime secretary, Allen Ecker, "you'd have to turn out the lights."
Despite his prowess, however, in later years Ross liked to recount how he had gotten into trouble in one of those early meetings. "We were in the parking business then, and a woman asked why we didn't have a garage at a particular location in Brooklyn," Ross told me. "I gave some response, and she said, 'You're making fun of me because I'm from Brooklyn.' And I said, 'No, no, I'm not doing that at all. I wouldn't do that. I'm from Brooklyn too.'
"Well, after the meeting my mother came up to me. 'Steven.' (She only calls me that when she's angry.) 'Do you know how many years we've been trying to live down that we came from Brooklyn, and now you've come right out and said it, in front of al these people!' "

Hmmm . . . the annual meeting as the "art of romance." Maybe that is one of the fixes that is needed — to have the current generation of chief executives bring a Steve Ross-style verve to this corporate event and return it to a rightful place as a centerpiece for the display of CEO and board leadership.
Posted by James Kristie at 6:16 AM