'One Terrible Cost of Leadership' 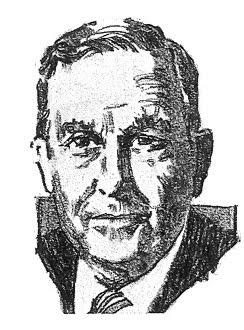 It is interesting how J. Crew's Mickey Drexler identified a classic leadership characteristic as one of the things he wished he knew when he started out in business (as per my earlier blog post) — the need to ease an executive out of the organization once it is determined that he or she is not up to the job. As Drexler put it, "Let those who aren't working out go quickly."

I first came across this counsel in an interview I edited that Warren Bennis conducted with Dr. Franklin Murphy, which was published as a Q&A article in Directors & Boards in 1982. Dr. Murphy is not a household name today in the annals of corporate leaders, but he was a major figure in the 1960s into the 1980s. He had a most unusual route to the top of a major corporation. Trained as a medical doctor, he began his management career at the University of Kansas, serving as dean of the medical school and then, at age 35, chancellor of the university. He subsequently spent eight years as chancellor of the University of California at Los Angeles. In 1968 he was personally recruited by Norman Chandler, then chairman and CEO of Times Mirror Co., to be his successor.

In 1982 Murphy was chairman of the executive committee of Times Mirror when Bennis spoke with him on “Starting Corporate Life at the Top,” as we titled the article. Here is the key question and answer that identified a classic test of a leader's ability to act:

Bennis: You’ve been in very responsible positions virtually from the start. Are there any costs of responsibilities?

Murphy: Yes, there’s one terrible cost and it’s the one thing in administration that I find the most distasteful by far — and that is when you have to fire somebody. Having to let go a loyal and capable person who just isn’t up to his job is so painful. I brood about that, but it is a price you pay. You’re not just disemploying an individual, you’re affecting a wife, children, a whole group. I must say, if I’m indecisive about anything it’s in that area. But I’ve learned over time that the quicker it’s done, the better it is for all parties.

As Murphy implies, the removal, while it must be done, can be done with a human touch —another classic characteristic of a leader.

Franklin Murphy died in 1994. Portrait of him shown above was done by Directors & Boards to accompany his 1982 article.

Posted by James Kristie at 9:03 PM